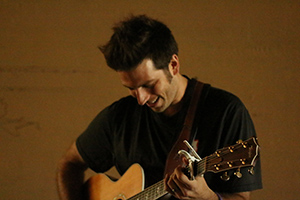 by hellomynameisscott on July 01, 2014 in Creativity with No Comments

Three years later, I’ve not only become a weekly performer in that space, but I also wrote, produced, directed and starred in a concert documentary about that place. The point is, making art is work, but so is creating the opportunity to make it.

Because I never had that little voice inside of me that says not you. I was not waiting around for somebody to greenlight my creativity. I wasn’t about to ask permission to innovate.

by hellomynameisscott on June 27, 2014 in Identity with No Comments

We all get trapped on the creative treadmill eventually.

But when we do, there will always be a ceiling on what we can accomplish. Success will remain asymptotic, always approaching infinity, but never actually getting there. And unless we break the pattern, unless we change the user interface of our realities, we will fail to develop as creators.

In the first ten years of my career, I achieved moderate success writing books and giving speeches. The only problem was, I still wasn’t firing on all cylinders. I still hadn’t found a place that drew out my full ingenuity. Too many assets were going unharvested, and it was eating away at me.

Of course. That’s the first step to finding a better approach to success. Recognizing the limitations of our current one. Shedding the popular view of reality.

And that’s exactly why I started writing, producing, directing and scoring this documentary. Because it broke the pattern. It allowed me imagine a different world. To create an alternate reality. To gain a new understanding of the universe. To give my hidden talents a more prominent place in my work. To create a new context from which to relate to the world, one that afforded me the freedom to try other approaches to success.

And what I discovered was, once I engaged with that phenomenon of context––meaning, the environment that determined the limitations of my actions and the scope of the results those actions could produce––it literally altered my being. The experience of making a documentary changed the way I walked through the world.

What context could you create for yourself?

All love is saying yes to something.

by hellomynameisscott on June 24, 2014 in Creativity with No Comments 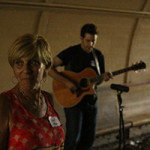 My parents flew in to be in the audience of the concert.

Wouldn’t have been the same without them.

Every artist should be lucky enough to have support like that. Relentlessly affirming, instantly encouraging, endlessly participating, radically accepting. That’s the kind of support system that makes or breaks an artist.

Growing up, we seven grandchildren were never met with tilted heads. Whatever artistic endeavors we pursued, whatever magnificent obsessions we turned our brains over to, there wasn’t an elder in the room who wasn’t on board at a moment’s notice.

And that’s the reason each of us went on to have unique and interesting and meaningful creative lives.

What are the characteristics of the most supportive possible environment you can think of for your own creative work?

The nature of my ambition took shape

by hellomynameisscott on June 20, 2014 in Identity with No Comments

I hired myself to make this movie.

It’s about accepting that you have to make work for yourself, work that nobody ask you to make. It’s about building enough capital so you can subsidize your own initiatives, both emotionally and financially. And it’s about busting through the walls of permission, meaning, the mental constructs of notenoughness, and acting on your dreams with open eyes.

The hard part is, ambition grosses some people out. When you hire yourself, others might feel disenfranchised by your desire. Because they have no incentive to see you change. They would rather you remain frozen in the position they met you in.

It’s the strangest thing. Not everybody wants you to be successful. In fact, some people are just waiting around, excitedly, for you to fail.

And so, it’s your responsibility to keep moving the story forward.

Are you giving people ammunition to shoot down your ambition?

An ocean under a fickle moon. 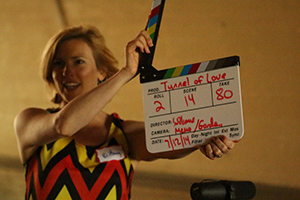 by hellomynameisscott on June 17, 2014 in Creativity, Identity with No Comments

Life has a funny way of raising our fuel grade.

The rules we navigate by at the beginning shift by the time we get to the end. What we think love is differs from what we find love to be.

But it’s not just a pattern in couples, it’s also a phenomenon in creating.

My original motivation for making a documentary was purely creative. I just wanted to share my art with the world. To build a visual archive of ideas things that were important to me at this stage of my life.

But that was a year ago.

And now that we’ve entered into postproduction and can see the light at the end of the tunnel, new motivations have surfaced. Bigger ones. Better ones. More mature ones.

Now I’m making the movie because it’s an opportunity to fire on all cylinders. To engage in a process that draws out my full ingenuity. To take hidden skills and talents I have not yet tapped into to create value. And to up the emotional, psychological and financial ante, trading in my current success for something better.

I believe that’s why the process has galvanized me in such a profound way.

It’s demanded that I move to a courageous place that I rarely occupy.

How do your original motivations differ from your formed motivations?