by hellomynameisscott on January 08, 2015 in Identity with No Comments 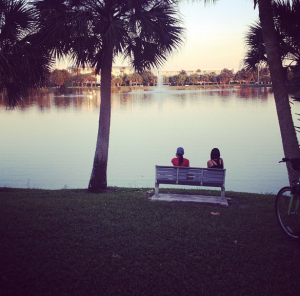 And I wondered if there was any significance to such fortuitous timing. So I went for a long walk in the park and ran the following thought experiment. How would this problem be solved in nature? After a few hours, something occurred to me. The number ten is by far the most significant labeling system in nature. Ten is the major organizing principle of the universe. It’s the mathematical base for everything. That’s why decades are such important life markers. There truly is something special about what transpires during a ten year period.

That information activated a professional transformation for me. I began to reinvent myself. To enlarge my concept of work. To expand the constellation of my identity as a creator. To keep more of my passions in play. And to mold my definition of a career to fit anything that excited and fed my soul.

What’s more, I memorialized my journey to finding the next stone on the path through a collection of songs, which ultimately became the centerpiece of this documentary. 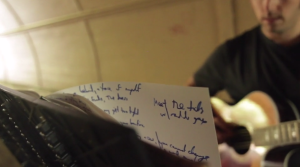 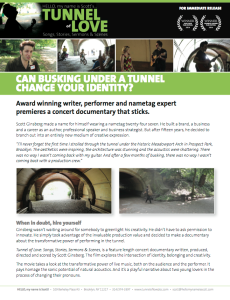