by hellomynameisscott on September 24, 2014 in Creativity with No Comments

I’m not against it, but we need to stop fetishizing failure as the panacea to all growth.

Because in our infinite game, we weren’t playing to win, we were playing to play. That was the expectation.

I wrestled with this recently, as I put the finishing touches on the movie. A colleague of mine asked if I feared the film might fail. And I realized something. My goal in making the movie wasn’t to make money or make history or make a name for myself. The goal of making the movie was to make the movie. Period. It’s a dream I’ve had since childhood. Not just making a movie, but composing the score for the movie. That’s way cool.

And so, the moment we wrapped the film, failure was off the table. Because the expectation was fulfilled. Anything else that happens now is icing on the cake.

If your perception of failure were changed, what would you attempt to achieve?

Distribution is the new marketing

by hellomynameisscott on September 23, 2014 in Creativity with No Comments 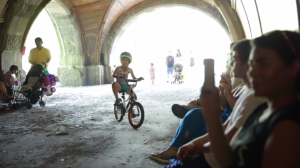 When I was in college, I took a logistics course.

We studied the business discipline of distribution, which included topics like supply chain management, warehousing, inventory, shipping and trucking.

But that was long before the digital revolution and the direct to consumer era and the infinite shelf space of the internet changed everything. Especially for artists. Now, creators can take their truth to market faster and freer than ever before. Now, an artist’s work isn’t limited to living in one place. Now, creators have multiple entry points into the marketplace.

Because technology has allowed them evolve their definition of distribution to include anybody or anything who has influence on someone who can access their work.

This concert documentary is being distributed independently, and my hope is that it’s a reminder to other artists that how we go to market is just as important as who we are when we get there.

How could you make distribution your competitive advantage?

Once you have some, you can get some.

by hellomynameisscott on September 11, 2014 in Uncategorized with No Comments 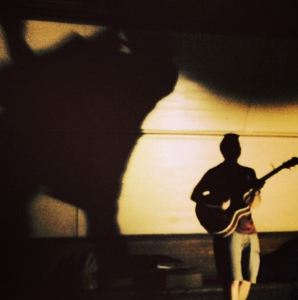 Since I’ve never made a movie before, it’s all new territory for me. I have no frame of reference for this kind of project.

My editor, on the other hand, is a veteran videographer. And he explained that in the filmmaking process, the more things we do, the more we understand what doing means, and that knowledge informs all of our subsequent decisions. Like the self learning robot, with every modification, our creative mechanism becomes more capable against its opponents, solving more problems and fending off potential threats to its plans.

And so, each day when we sit down in the edit bay, we learn something new. We discover an angle or a cut or a transition or a color correction that we’ve never tried before. That experience affords us context and understanding and a sense of what’s possible for the scene, which in turn populates our frame of reference and expands the palette from which we create. And this process ultimately allows us to go back and retouch the previous day’s footage with our new found knowledge.

Are you flooding your creative process with intense learning experiences?

Awe equals wow plus how

by hellomynameisscott on September 10, 2014 in Uncategorized with No Comments 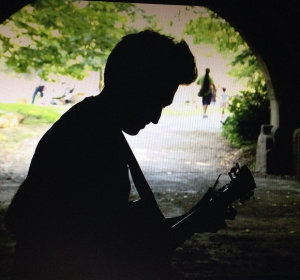 I absolutely believe in magic.

Not supernatural enthusiasms, ancient mythologies or occult practices. But real magic. The art of influencing others and producing marvels using natural forces. Creating moments of awe and transcendence and enchantment that transform people and reorient their lives, goals and values in profound and permanent ways.

In fact, magic is the reason I decided to make a documentary. Since day one, busking in the tunnel has literally been magical. Both for me and the audience. There’s just something sacred about the architecture and the aesthetics of that natural phenomena. The musical experience is sizable and powerful and vast.

Every weekend, as people walk past me playing and singing, I can literally watch their faces and bodies changing. They dance and hum and smile and wave and sometimes even come barreling into the tunnel at full speed, just to investigate this curious, magical machine.

And all I can do is smile. Because you can’t get that from singing into a hairbrush. That’s our job as artists. To create awe. To give people a window into a world of wonder. To do things that make people say, holy crap, this is amazing. But how the hell did they do that? I need my camera.

That’s awe. Wow plus how. It’s not a proven formula. It’s not a predictable construct. But it’s the best shot we have at making a difference.

How does your art enter the conversation with curiosity?

All art is selfish art 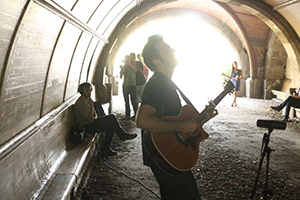 by hellomynameisscott on August 22, 2014 in Creativity with No Comments

When it comes to writing, I’ve always been as selfish as possible.

That’s why I make art. It’s completely selfish. Because it’s not about the product, it’s about the transformation inside of me that happens during the process of making it.

Like my mentor used to say, first you write the book, then the book writes you.

Proving my theory, that we should be selfish when we create art, but generous when we share it.

What are the barriers to getting your work in people’s hands?