Your gift is not fully yours until it is given away

by hellomynameisscott on October 13, 2014 in Belonging, Creativity with No Comments 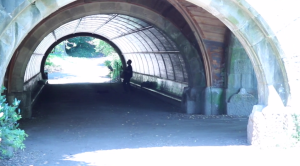 Nietzsche once said those who were seen dancing were thought to be insane by those who could not hear the music.

What a perfect sentiment to summarize the experience of busking. Because when you perform in public, you learn that not everybody will like your art. In fact, not everybody will even acknowledge the fact that you’re there. Most will just walk by as if you weren’t standing there naked, breaking yourself open and pouring yourself out.

And it’s painful. It makes you feel invisible. It insults your soul.

But you can’t let it phase you. You can’t allow the uncompromising forces of reality to crush your dream. Because job number one is not to please everybody who walks by, job number one is to create an exhibition of love through your art. To find the best that is within you and let her rip.

The ones who don’t get joke and can’t hear the music, they’re not your people. So just keep playing. Whether you’re performing on the streets for change or producing on the internet to create change, just keep playing. Stick around long enough and continue to be yourself until the right people find you. And when the world is finally ready for you, all you have to do is say yes.

What’s the one thing, if practiced consistently, would make the biggest impact on your life?

Money is flowing into my life from all directions

by hellomynameisscott on October 12, 2014 in Belonging, Creativity with No Comments 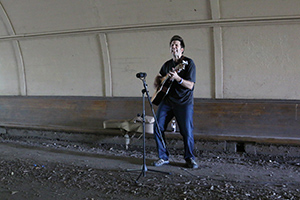 When I first started busking, I refused to open up my guitar case for donations.

My foolish pride and suburban ego simply wouldn’t allow me to accept tips from strangers.

But after a few weeks of playing, I realized a few things. First of all, it’s not about making money, it’s about making a connection. Because every interaction is a relationship. Regardless of how long it lasts, I’m still relating to the other person. And so, every time a stranger drops change into my case, it’s like they’re saying, I like you. That makes me feel seen. And whether people give a dollar or a dime, no amount of money is insignificant. I’m learning to find joy from whatever people have to offer.

The other thing is, tips are totems of an abundance mentality. They’re reminders than money matters to me, that money is always flowing into my life from all directions and that I should train myself to spot money whenever it presents itself.

In fact, since I’m streaming my documentary for free on my website, I decided to recreate the open guitar case online. I created a donation page, almost like a digital tip jar. And if people find joy and value and inspiration in the movie, they can show their appreciation by dropping a dollar.

Ultimately, it’s been a transformative experience. A reminder that there is no prosperity without the willingness to receive. Because the answer to every question you don’t ask is no.

What is blocking your ability to receive?

Try giving yourself away

by hellomynameisscott on October 10, 2014 in Creativity with No Comments 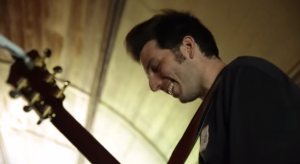 My career has flourished on the power of giving myself away.

Through reckless generosity and a promiscuous heart, I’ve always treated the bulk of my work as a gift. As an offering to the marketplace. As a loving impulse of emotional labor that signals to the world, there’s plenty more where that came from.

This strategy, if you can even call it a strategy, hasn’t failed me yet. Because it comes from a place of abundance and love and connection. In fact, the concept of giving yourself away began as an anonymously written article in a business magazine nearly a hundred years ago. And due to its popularity and volume of reprint requests, the piece was later expanded into a bestselling book, which became an inspiration to millions. Myself included.

Besides, since most of the independent documentaries that premiere each year never even see the light of day anyway, much less secure theatrical distribution or achieve commercial success, I see no reason to exhaust and expense myself in the process.

Are you keeping your giving away machinery in good working order?

by hellomynameisscott on October 09, 2014 in Creativity with No Comments 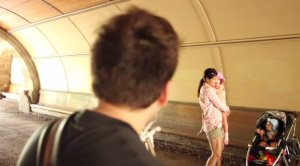 Obama famously said that opportunity is who we are. That the defining project of our generation is to restore that promise, and that no one is better positioned to take advantage of those opportunities than us.

I couldn’t agree more. The challenge, though, is that opportunity isn’t the only variable. There’s a larger creative equation at work that centers around the idea of wherewithal, meaning everything needed to buttress opportunity, including knowledge, resources and courage.

When I first moved to New York, I started busking in the park with my guitar. Not an activity I ever anticipated doing, but it created an opportunity make art, from songs to performances to this documentary film.

The point is, we get our start by giving ourselves a start. That’s where opportunity grows.

Nurture a landscape of opportunity

by hellomynameisscott on October 08, 2014 in Creativity with No Comments 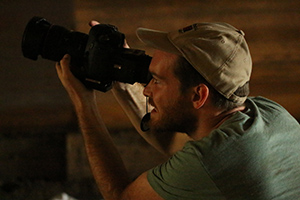 Highly prolific individuals really do follow their noses. When new ideas announce themselves, plastering posters on brick walls of their brains, these people intuit what wants to be created. It’s active listening at its most mystical.

As an entrepreneur, I’ve always had a strong opportunity agenda. When I was eleven, I converted our front lawn into a parking lot for fans of a nearby golf tournament. When I was fifteen, I taped skin flicks from the adult channel and rented copies to the football players. And when I was nineteen, I recorded music in my basement and gave the albums to girls I liked.

And that’s an asset that pays massive dividends in any creative career.