Focus is a function of identity, not activity 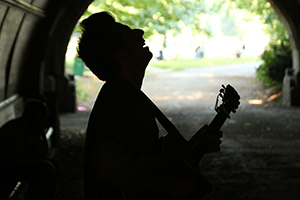 by hellomynameisscott on July 29, 2014 in Identity with No Comments

Diversity is not a business decision, it’s a way of staying interested.

We should all be so lucky to venture into various creative territories and mediums and platforms and avenues. It doesn’t mean we’ve spread ourselves too thin. It doesn’t make us a jack of all trades. In fact, diversity is the highest creative form of focus there is.

Let your why drive 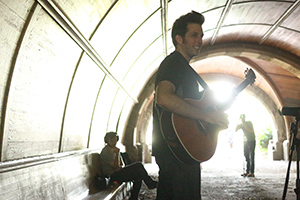 by hellomynameisscott on July 25, 2014 in Identity with No Comments

That’s what drives prolificacy. And the secret is, once you identify the running imperative that drives your creative behavior, the nobility behind your work and the posture with which you approach your art, the what will make a habit of present itself.

When I started preproduction on my first documentary, my videographer asked about my vision for the film. Having never worked in that medium before, I decided to let my why drive the process. And so, I wrote my creative vision for the movie, not only as a personal exercise, but also as a directorial rubric for the team’s behaviors at all phases of the creative process. Here’s what I wrote:

Here’s what am I trying to do with this movie. I have a bunch of songs and stories and sermons and scenes. They’re all meaningful to me and I want to share them with the world through the medium of a movie. I don’t know what it is, I don’t care what it is. All I know is why I want it to exist, and that’s because I’m a person who expresses and communicates and shares his feelings and ideas in a prolific way with the world. And since I’ve never tried doing so through this particular medium, I’m taking initiative and finding a new way to do what I do.

I have a passion to mass communicate, to beguile people with words and images and ideas and stories and music that transfix and compel, and I want to use every possible form of media to circulate my views, extend my sentiments and make my thoughts and feelings and expressions accessible to as many people as possible. Even if that means inventing new methods of communicating. I don’t care about making money or making a name for myself, I don’t care about being right or good or accurate, I just want to have this visual archive of these things that are important to me.

That was my why.

And over the course of the project, in those moments when I was feeling overwhelmed or tired or sick or not in the mood to do any kind of creating, I read that email to remind myself why I do what I do.

Sometimes I even read it aloud.

How do you remember why you do what you do?

by hellomynameisscott on July 18, 2014 in Identity with No Comments

Up your creative ante

by hellomynameisscott on July 15, 2014 in Identity with No Comments

When I first stared my career, publishing hadn’t been fully democratized yet. The process was still somewhat difficult, expensive and extensive. The powers that be actually had power.

Meaning, without some knowledge, resources and wherewithal, anybody couldn’t just become an author overnight. It took significant time and money and labor to put art into the world.

But then the revolution came. And now that creators are wired directly into the ecosystem, now that the need for the middlemen of the world has vanished, and now that there are nonexistent barriers to entry in all forms of the publishing world, it’s anybody’s game.

And that’s precisely the problem.

When anyone can do anything, they will. When scarcity goes the way of the dodo, value plummets. Which means, being an author of something doesn’t carry as much weight as it used to. Because anybody can do it.

Are you the hero people remember or the legend that will never dies?

by hellomynameisscott on July 04, 2014 in Identity with No Comments

Seinfeld once said that that the most fun game is one you’ve never played and you’re inventing as you go along.

I couldn’t agree more. Creating art is one thing, but the more sophisticated experience of categorical creation, that is, inventing entirely new mediums, crafting innovative ways to circulate our ideas and thoughts and feelings, now that’s really exciting.

A few years ago, I got burnt out on writing books. And I knew there were useful strategies for influencing the environment that I was not taking advantage of, so I took initiative to find a new way to do what I do.

The result was this documentary, which combined four of my favorite things, singing, storytelling, socializing and sermonizing.

Going in, I knew the project was going to be ambitious, complicated, expensive and extensive. But I also knew that by shedding the popular view of my own artistic reality, new possibilities would emerge.

Where have you misread your own reality?