by hellomynameisscott on October 04, 2014 in Creativity with No Comments 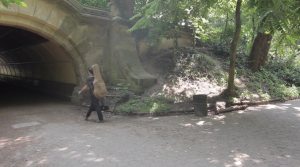 Three years later, I’ve not only become a weekly performer in that space, but I also wrote, produced, directed and starred in a this documentary about that place.

The point is, making art is work, but so is creating the opportunity to make it. We can’t be waiting around for somebody to greenlight our creativity. We don’t have to ask permission to innovate.