by hellomynameisscott on September 24, 2014 in Creativity with No Comments 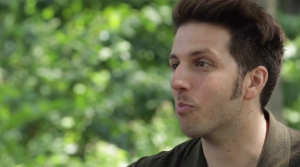 I’m not against it, but we need to stop fetishizing failure as the panacea to all growth.

Because in our infinite game, we weren’t playing to win, we were playing to play. That was the expectation.

I wrestled with this recently, as I put the finishing touches on the movie. A colleague of mine asked if I feared the film might fail. And I realized something. My goal in making the movie wasn’t to make money or make history or make a name for myself. The goal of making the movie was to make the movie. Period. It’s a dream I’ve had since childhood. Not just making a movie, but composing the score for the movie. That’s way cool.

And so, the moment we wrapped the film, failure was off the table. Because the expectation was fulfilled. Anything else that happens now is icing on the cake.

If your perception of failure were changed, what would you attempt to achieve?