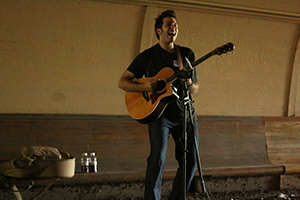 by hellomynameisscott on July 11, 2014 in Creativity with No Comments

Obama famously said that opportunity is who we are.

That the defining project of our generation is to restore that promise, and that no one is better positioned to take advantage of those opportunities than us.

The challenge, though, is that opportunity isn’t the only variable. There’s a larger creative equation at work that centers around the idea of wherewithal, meaning everything needed to buttress opportunity, including knowledge, resources and courage.

When I first moved to a major metropolitan city, I started busking in the park with my guitar. Not an activity I ever anticipated doing, but it created an opportunity make art, from songs to performances to a documentary film.

The point is, we get our start by giving ourselves a start.