Going into the world 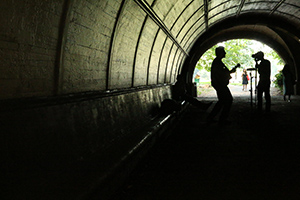 by hellomynameisscott on June 13, 2014 in Belonging with No Comments

This documentary is about identity and belonging.

Humans, after all, understand the self in the context of other people. And if we truly want the highest understanding of who we are, eventually, we have to reach for the other. We have to cocreate with people.

For the first twenty years of my songwriting life, I treated music as an escape. As a way to hide from the world. But now I perform every week. I’ve come out of music hibernation, hungry and active for nourishment.

Because I don’t need to hide from the world anymore.

Playing and singing songs in real time, in front of real people, about real emotions, is fulfilling on a level that is hard to express.

Will you let the craving for togetherness trump the seductiveness of isolation?

If size mattered, dinosaurs would still be around 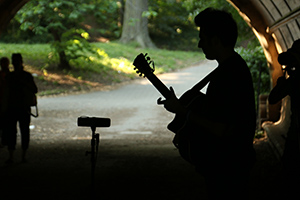 by hellomynameisscott on June 10, 2014 in Creativity, Identity with No Comments

Life is only limited by our own prejudices.

Once we destroy them and cease to be at the mercy of ourselves, it’s amazing how many creative doors fly open.

We no longer have to struggle to find an audience for our work. We created our own leverage and built our own stage and manufactured our own opportunities.

Because the modern creator doesn’t need tickets for the starving artist lottery. They no longer have to wait for some invisible jury to stamp heir creative passport and tell them their art is okay.

They go out and create a market for what they love.

Not matter how small that market is.

If size mattered, the dinosaurs would still be around.

When will you voluntarily opt out of the mainstream?

Excessive quantities can reduce the yield. 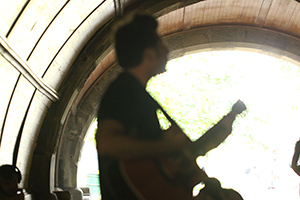 by hellomynameisscott on June 06, 2014 in Creativity, Identity with No Comments

Several years ago, I reached a point of diminishing creative returns as a writer.

I was making one lateral move after another. Running up the score on my creative resume, but never graduating to a whole new level of judgment and wisdom and perspective. Repeating a proven formula for success, but never growing into unknown territory and creating something new.

It was a painful place to arrive as an artist. Like the veteran employee who discovers she doesn’t have ten years of experience, but one year of experience, ten times. Ouch.

As a result of this commitment, my entire creative horizon shifted. I started working bigger. The projects grew more ambitious. Instead of just recording another studio album, I began writing, producing and staring in a concert documentary. Instead of just writing another business book, I started building an innovative intellectual property development system.

Like a fine wine, constantly evolving and gaining complexity.

Are you creating things that call on more of your essence?

Create an unfair advantage for yourself 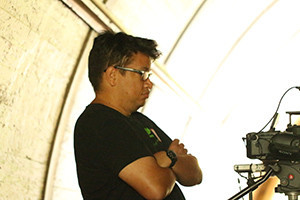 by hellomynameisscott on June 03, 2014 in Creativity with No Comments 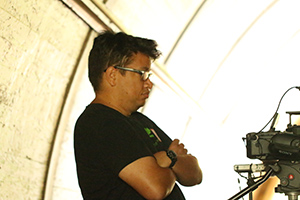 I made this movie to create a new context for myself.

To build up a proprietary asset that made his work completely immune from imitation. To build my own equipment and create my own leverage.

Like the marathoner who trains at higher altitudes to earn an unfair advantage over the runners who train at sea level, I’m trying uniquely position myself for success with an asset and a context that is mine and mine alone.

How could you join forces with the unreasonableness of life and create an unfair advantage for yourself?

by hellomynameisscott on May 30, 2014 in Creativity with No Comments

When it comes to the art world, working medium agnostic is just as applicable.

Instead of locking our work into a single path, we keep everything in permanent beta, evaluating new opportunities as they present themselves, taking into consideration our evolving assets.

Instead of limiting ourselves to one vision of our capabilities, we live larger than our labels and cast a wider creative net. Instead of forcing our own expectations upon the work, we allow patterns to emerge, make use of everything we are and open our work to becoming more dimensionalized.

Because it’s not our job to decide what to create, only listen for what wants to be created.

A few years ago, I started writing what I thought was going to be my next musical album. But when I stepped back and freed my work from that label, I let the project become what it wanted to become. And eventually, I said to myself, wait a minute, this isn’t going to be record, this is going to be a documentary film.

That’s what wanted to be created.

What are you listening to?