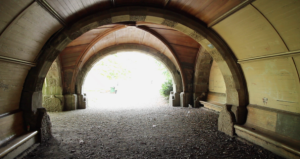 Throw your weight behind other kinds of possibilities

by hellomynameisscott on October 14, 2014 in Creativity with No Comments 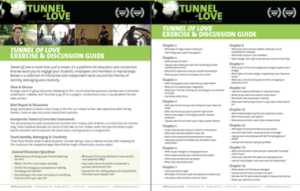 There’s a direct correlation between identity and profitability.

Everything new we become can lead to something new we can do. It’s simply a matter of leverage. Because when we expand our sense of who we are, we also expand the universe of decision makers who can engage our services. When we widen out the boundaries of our being, adding more ways in we can deliver our unique value to society, we widen the menu of yesses for prospects to peruse. And when we keep one eye cocked to the infinite commercial possibilities of our work, people will come out of the woodwork to lay down the track in front of our train.

This very philosophy was the impetus for creating the discussion guide for my documentary.

The intention was, I wanted the movie to be more than just a film, but also a platform for education and connection. And so, I offered resources to educators, learning institutions, companies, congregations and other organizations to help spread the messages of identity, belonging and creativity. Free of charge, of course, and with the confidence that new and exciting opportunities would open up as a result.

Are you open to pursuing any financial avenues that are available to you?