Nurture a landscape of opportunity

by hellomynameisscott on October 08, 2014 in Creativity with No Comments

Highly prolific individuals really do follow their noses. When new ideas announce themselves, plastering posters on brick walls of their brains, these people intuit what wants to be created. It’s active listening at its most mystical.

As an entrepreneur, I’ve always had a strong opportunity agenda. When I was eleven, I converted our front lawn into a parking lot for fans of a nearby golf tournament. When I was fifteen, I taped skin flicks from the adult channel and rented copies to the football players. And when I was nineteen, I recorded music in my basement and gave the albums to girls I liked.

And that’s an asset that pays massive dividends in any creative career.

by hellomynameisscott on October 07, 2014 in Creativity with No Comments 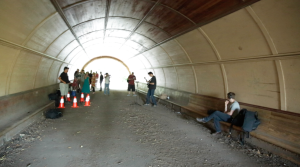 The reason I made this documentary so quickly was because I was afraid somebody might do it before me.

So I took it. And now it’s mine. Forever.

A reminder that creativity isn’t just knowing a good idea when you see it, it’s executing that idea before anyone else sees it.

Timing isn’t everything, it’s the only thing. That’s the only way to extend your artistic reach. By grasping the significance of something, leaping on it with everything you’ve got, making sharp and decisive strokes without being sidetracked by secondary thought, and then trusting every purposeful action that follows, while maintaining deep belief that your initiative will be rewarded.

What ideas do you have that you’re afraid people will steal?

by hellomynameisscott on October 04, 2014 in Creativity with No Comments

Three years later, I’ve not only become a weekly performer in that space, but I also wrote, produced, directed and starred in a this documentary about that place.

The point is, making art is work, but so is creating the opportunity to make it. We can’t be waiting around for somebody to greenlight our creativity. We don’t have to ask permission to innovate. 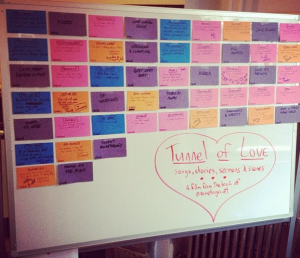 Let me give that no thought

by hellomynameisscott on October 02, 2014 in Creativity with No Comments 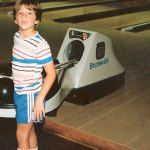 Growing up, I was the kid who always raised his hand.

Didn’t matter what the teacher or the coach or the parent was asking us to do. My hand just shot up. Usually before the question was done being asked.

What can I say? I wanted to participate. To be part of the experience. Everything was just another chance to dance with the universe.

And what’s interesting is, as an adult, that inclination hasn’t waned. Especially when it comes to work. Because I’m so profoundly grateful and enthusiastic and enriched by even the tiniest opportunity to contribute and create value, that anytime someone is willing to pay me money to do it, I raise my hand. I pull the trigger, ride the bullet and call whatever I hit the target.

Making this movie was me raising my hand. Answering the call to adventure.

The point is, we shouldn’t have to talk ourselves into opportunities. Feeling fully alive is always on the other side of saying yes.

What is the opportunity that’s going to pass you buy if you don’t act on it?